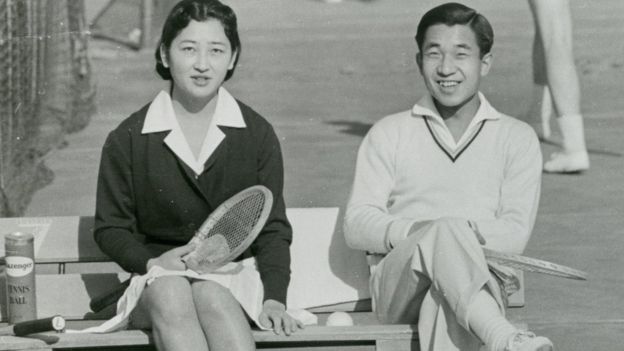 Emperor Akihito of Japan is set to abdicate on 30 April 2019 in favour of his son Crown Prince Naruhito.

Born at the Tokyo Imperial Palace in December 1933, the emperor assumed the Chrysanthemum Throne after the death of his father, the wartime Emperor Hirohito posthumously known as Emperor Showa, on January 7, 1989. According to Japanese legend, he is the 125th ruler in the world’s oldest continuous hereditary monarchy, which traces its history back to the accession of Emperor Jimmu in 660BC.

Akihito married Michiko Shoda, a commoner he met on a tennis court, in April 1959. They raised two sons, Crown Prince Naruhito, who will inherit the Chrysanthemum Throne, and Prince Akishino, and daughter, Princess Sayako.

Akihito’s three-decade reign is known in Japan as Heisei, the first character of which means “peace”. A name for the new era will be chosen with much fanfare on 1 April.

Naruhito’s younger brother and his family are also expected to play a key role. The Japanese throne is inherited only by male heirs, and Naruhito’s only child is a daughter. Prince Akishino and his young son are next in the line of succession after Naruhito.

The abdication itself will occur during Golden Week which has been extended to cover 10 days of festivities this year from 27 April to 6 May.

On 1 May, the day after the abdication there will be a handover ceremony. It will start with the emperor passing to the crown prince a mirror and the jewel of the Three Sacred Treasures, both of which have been handed down over generations of emperors. The crown prince will also receive the privy and state seals — the former used for official duties and the latter the official state seal.

The new emperor will then make his first address before the prime minister, speaker of the House of Representatives, president of the House of Councillors and Chief Justice of the Supreme Court, among others.

During the address, the new emperor will pledge to protect the constitution and perform his duties as prescribed therein. He will also wish for the country’s further prosperity, world peace and the welfare of humanity.

Then following a transition period there will be a separate enthronement ceremony on 22 October 2019.

Emperor Akihito is seen as a humble, gentle and kindly man. Recently over 80000 people turned up to see him attend one of his last public engagements.

There has not been an abdication in Japan for nearly 200 years and this will be a very interesting and historic time to be in Japan.

With all the uncertainty in the world today it was

Planning a stop in Buenos Aires on your way to Eat

Barranco is an arty bohemian part of town. Eating

Love chocolate? So do we. Eating Lima visits a sho